I'm delighted to share an enticing excerpt today from Secrets of Rosenli Manor, an intriguing historical mystery, by Heidi Eljarbo. You'll love it!

It's currently on blog tour with The Coffee Pot Book Club. Make sure to check out the other stops for more enticing reads! 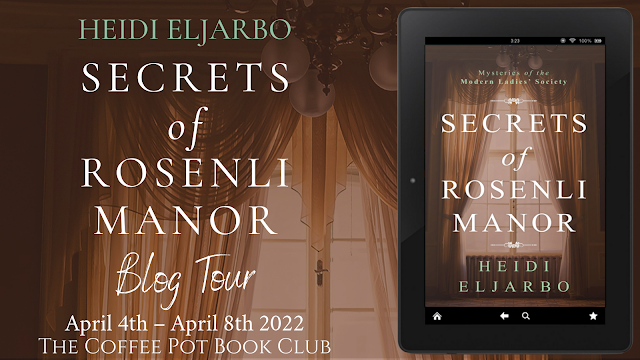 The gardens were quiet. The whispers of winter were fading away. No icicles pointing toward the frozen ground. No sparkling crystals in kaleidoscope patterns on blankets of white. The snowfall earlier had turned into sleet, and it appeared as if the promise of spring was slowly approaching. There was still no rustling of leaves in the breeze, but the barren branches would soon wake up. In a few days, the parkland would be filled with the cheerful sound of busy birds building nests. But at this moment, even the fountain was peacefully sleeping.

A plump bullfinch sat on the pale branch of a birch. His black cap made him look rather strict, but the cheerful red chest and cheeks brightened up the otherwise colorless landscape. The bird bobbed his head as she walked by, as if acknowledging her presence.

Lilly brushed the wet snow off a white-painted wooden bench by the fountain and sat down. What a lovely view. As a young girl, she’d probably never noticed. The road below wound across a sloping field toward the village. Smoke rose from the chimneys of neighboring houses, swirling upward to the already gray sky.

Did she belong here? The manor had been in the Strand family for several generations. Aunt Agatha was her kin, but Lilly knew nothing about the old lady’s past. Who was her husband? Were they happy here in the enormous house with a vast garden overlooking the village? Why did they not have any children?

Thoughts of how it must have been filled Lilly’s head. Not that she wanted to pry into someone else’s life, but she was curious. And now Aunt Agatha had bequeathed everything to her—a young woman at the beginning of her career as an accountant. Why? It was as if she stood on hallowed ground, not knowing the whole story, but with a strong desire to understand.

The last time Lilly was here, Mother and Aunt Agatha had sat on the bench while Lilly had played with a kitten. While the women discussed the fragrances of flowers and herbs, Lilly had rubbed her fingertips against the lavender plants with their sweet, delicious scent.

Lilly must have enjoyed listening to the ladies’ chatter about the garden. As an adult, she spent her weekends outside in the small backyard of her father’s house, arranging amicable groups of her favorite peonies in similar color schemes, rows of lilies in front of bushes of hydrangea, and fragrant sweet pea in pink and purple hues.

Every summer, Father complained about the abundance of blossoms. “What a waste. I have little room left to sit and read my newspaper.”

He wasn’t all gruff, and she hadn’t given up hope that his heart contained a hidden corner that took delight in the lovely things in life. Although, she had yet to see that sentiment surface.

Lilly closed her eyes and lingered a while longer in the memories of childhood. One day, a parcel had arrived at the end of summer. She must have been five years old and had stood by the kitchen table, watching her mother untie the cotton string and fold the brown paper aside.

Inside had been a small wooden box.

Mother had lifted the lid and had pulled out two linen sachets bound with ivory lace and ribbons. She’d held one of the pouches close to Lilly’s face. “A gift from your Aunt Agatha. Smell it. Isn’t it wonderful?”

“Can I hold one?” Lilly had placed the pouch under her nose and had let the scent take her away to fields of lavender, where she imagined herself running between rows of blossoming purple, through meadows of color and fragrance.

Mother had put the sachets in her armoire where the perfume lingered and seeped into her clothes.

Father had rolled his eyes. “Ridiculous. What do we need smelly pouches for? Why couldn’t that old woman give us a bag of gold instead?”

Bittersweet memories from that day, long in hibernation, now surfaced. Lilly wiped her wet cheeks and bent down, pretending to pick one of each of the beautiful flowers, carefully bunching them together, arranging the colors as she thought Aunt Agatha would have. Warm, rosy shades, and flourishing textures of tender softness. 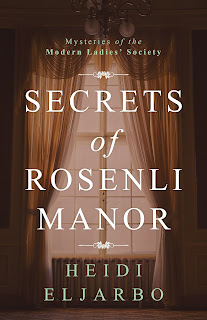 Betrayal and trust go hand in hand in the first book of Heidi Eljarbo’s new turn-of-the-century series.
It’s 1898, and Lilly has spent most of her life motherless and living with a father who never looks for a silver lining. When her great-aunt Agatha passes, Lilly’s existence takes a drastic turn. She packs her few belongings and moves into the old lady’s magnificent estate, Rosenli Manor.
In the days that follow, Lilly tries to understand who Agatha really was, and hidden secrets slowly rise to the surface. Her great-aunt’s glamorous legacy is not quite what Lilly had imagined. She must trust in newly forged friendships, and to her surprise, she discovers what it means to truly fall in love. But not everyone is happy about the new mistress of Rosenli.
Intrigue, mystery, and a touch of romance in the Norwegian countryside fill the pages of Secrets of Rosenli Manor.
Buy Links:
Amazon UK: https://www.amazon.co.uk/dp/B09Q986R26
Amazon US: https://www.amzn.com/B09Q986R26
Amazon CA: https://www.amazon.ca/dp/B09Q986R26
Amazon AU: https://www.amazon.com.au/dp/B09Q986R26
~~~
About the Author:
Heidi Eljarbo
Heidi Eljarbo is the bestselling author of historical fiction and mysteries filled with courageous and good characters that are easy to love and others you don't want to go near. 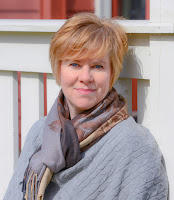 Heidi grew up in a home filled with books and artwork and she never truly imagined she would do anything other than write and paint. She studied art, languages, and history, all of which have come in handy when working as an author, magazine journalist, and painter.
After living in Canada, six US states, Japan, Switzerland, and Austria, Heidi now calls Norway home. She and her husband have a total of nine children, thirteen grandchildren—so far—in addition to a bouncy Wheaten Terrier.
Their favorite retreat is a mountain cabin, where they hike in the summertime and ski the vast, white terrain during winter.
Heidi’s favorites are family, God's beautiful nature, and the word whimsical.
Sign up for her newsletter at https://www.heidieljarbo.com/newsletter
If you would like to know more, please visit:
Website: https://www.heidieljarbo.com/
Twitter: https://twitter.com/HeidiEljarbo
Facebook: https://www.facebook.com/authorheidieljarbo/
LinkedIn: https://www.linkedin.com/in/heidi-eljarbo-morrell-andersen-345a253a/
Instagram: https://www.instagram.com/heidieljarbo/
Pinterest: https://no.pinterest.com/heidieljarbo/
BookBub: https://www.bookbub.com/authors/heidi-eljarbo
Amazon Author Page: https://www.amzn.com/Heidi-Eljarbo/e/B073D852VG/
Goodreads: https://www.goodreads.com/author/show/16984270.Heidi_Eljarbo 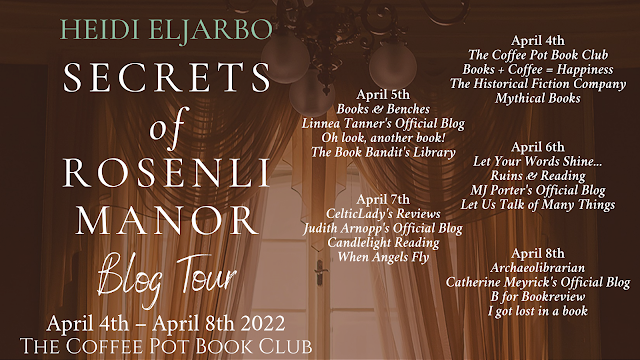