Review: A Marriage Made in Secret by Jenni Fletcher

Today, I'm thrilled to share my review for A Marriage Made in Secret, by historical romance author Jenni Fletcher.

Many thanks to the author for an ARC. It was much appreciated. 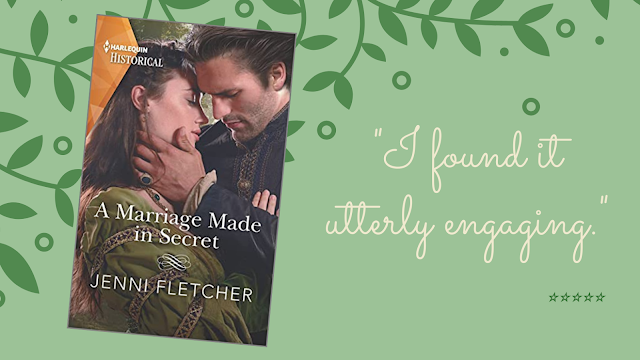 A Marriage Made in Secret

Straight away, you're swept away to the impressive castle of Vincennes, in France. Isabella, Queen of England and wife of King Edward II, has fled there with her young son, Edward. She lives in fear of her husband, and she despises his preferential treatment of his favourites over his own kin.

Mathilde Gosselin has joined the queen's ladies aged seventeen before the queen's escape to France, sent to court by her father to be off his hands, and she's unaware of the political intrigues surrounding her mistress. The youngest of the queen's ladies, she only slowly realises that Edward has spies even in the Queen's chambers. When the noble Isabella uses her as a go-between between herself and Roger Mortimer, a naïve Mathilde realises there is more to their relationship. They are lovers, plotting to overthrow the king.

When she encounters Henry Wright, Mortimer's man, she falls in love with him. Henry reciprocates her feelings, but he hides a dark family secret. A man of little worth, he realises that he cannot propose to marry Mathilde until he has gained a title and an estate. That's his goal. His work for Mortimer takes him on dangerous missions, and Mathilde is left to worry about him.

Torn between her loyalty to her Queen, and her love for Henry, Mathilde's path is full of obstacles.

The plot of A Marriage Made in Secret is brimming with political intrigue. Isabella of France – the 'she-wolf of France' – plots to overthrow her ineffective husband with the help of her lover, Mortimer. Much maligned by chroniclers, she was a woman who had to look out for herself, and her son, the heir to the throne of England.

Mathilde and Henry are thrown into the intrigue, and as the story stretches over a few years, their dilemma becomes obvious. Mathilde, rejected by her father, is wary, but believes Isabella has good intentions. It takes her a long time to realise just where her loyalties lie. The timescale is realistic in terms of the historical setting, but I was wondering at times what would have been happening in the meantime. I suppose much was a waiting game, whilst Isabella and Mortimer gathered funds and forces. So Mathilde's days may at times have been quite dull, and at other times overly exciting.

Mathilde is a loyal character, fiercely protective of her queen. She applies that same loyalty to Henry, but not to the same extent. Her past is her big inner conflict, and she almost left it too late to decide her fate.

I liked Henry a lot. From a humble background, a family secret has been affecting his life. Like Mathilde, he must decide where his loyalties truly lie, and in the end, he comes to the right conclusion (in my mind).

The politics of the time play a big role in this story, and I'm a sucker for real historical intrigues, so I was happy. I found it utterly engaging. The length the major players went to, the intrigues and need for secrecy, and the danger of discovery – always present – adds a strong flavour of the plot. The author's research is impeccable. She creates a truly realistic atmosphere, and as you read, you get a real sense of all the dangers.

I would highly recommend A Marriage Made in Secret especially to readers who love a bit of political intrigue and a rich, historical setting with their romance. Add to that two warm, flesh-and-blood protagonists, and you're on to a winner. Well worth reading! 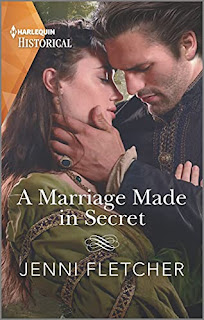 As the queen’s new lady-in-waiting, Mathilde Gosselin tumbles straight into Parisian palace intrigue when she meets courtier Henry Wright, who she discovers is a spy!

Mathilde’s loyalties are now divided—between this enigmatic, courageous man and her queen. And amid the turmoil, her falling for the unsuitable, illegitimate Henry means they’ve no choice but to hide their new love from the world…

Jenni Fletcher was born in Scotland and now lives in Yorkshire where she writes historical romance novels ranging from the Roman to late Victorian eras. She studied English at Cambridge and Hull and has been nominated for 4 RoNA awards, winning for Short Romantic Fiction in 2020.

She teaches Creative Writing at a university in the north of England and her favourite hobbies are baking and, of course, reading. 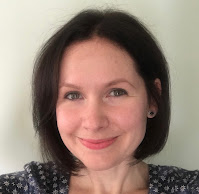