Today, I'm thrilled to share a novel I can't wait to read. The Godmother's Secret by Elizabeth St.John.

Set at the time of the disappearance of the famous Princes in the Tower, this sounds like an intriguing read for all those fans of The Wars of the Roses and the Tudors!

Elizabeth is a fabulous writer of historical biographical fiction, so this novel should be a real treat. I will post my review in due course.

The Godmother's Secret is now available on pre-order. 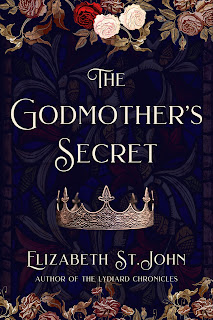 If you knew the fate of the Princes in the Tower would you tell? Or forever keep the secret?

Margaret Beaufort, Elysabeth’s sister, is desperately seeking a pardon for her exiled son Henry Tudor. Strategically, she pressures Lancastrian Elysabeth to be appointed godmother to Prince Edward, embedding her in the heart of the Plantagenets and uniting them in a destiny of impossible choices and heartbreaking conflict.

Bound by blood and torn by honour, when the king dies and Elysabeth delivers her young godson into the Tower of London to prepare for his coronation, she is engulfed in political turmoil. Within months, the prince and his brother have disappeared, Richard III is declared king, and Margaret conspires with Henry Tudor to invade England and claim the throne. Desperate to protect her godson, Elysabeth battles the intrigue, betrayal and power of the last medieval court, defying her husband and her sister under her godmother’s sacred oath to keep Prince Edward safe.

Were the princes murdered by their uncle, Richard III? Was the rebel Duke of Buckingham to blame? Or did Margaret Beaufort mastermind their disappearance to usher in the Tudor dynasty? Of anyone at the royal court, Elysabeth has the most to lose–and the most to gain–by keeping secret the fate of the Princes in the Tower.

Inspired by England’s most enduring historical mystery, Elizabeth St.John blends her own family history with known facts and centuries of speculation to create an intriguing story about the disappearance of the Princes in the Tower.

Now available to pre-order at:  Amazon

Elizabeth St.John spends her time between California, England, and the past. 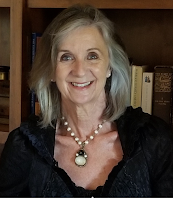 An acclaimed author, historian, and genealogist, she has tracked down family papers and residences from Lydiard Park and Nottingham Castle to Richmond Palace and the Tower of London to inspire her novels. Although the family sold a few country homes along the way (it's hard to keep a good castle going these days), Elizabeth's family still occupy them— in the form of portraits, memoirs, and gardens that carry their legacy. And the occasional ghost. But that's a different story.

Having spent a significant part of her life with her seventeenth-century family while writing The Lydiard Chronicles trilogy and Counterpoint series, Elizabeth St.John is now discovering new family stories with her fifteenth-century namesake Elysabeth St.John Scrope, and her half-sister, Margaret Beaufort.