Review: A Mystery of Murder by Helen Hollick

Today, I'm thrilled to share my review of A Mystery of Murder, a Jan Christopher Mystery by acclaimed author, Helen Hollick.

My thanks to The Coffee Pot Book Club and the author for a copy of this quaint intrigue. 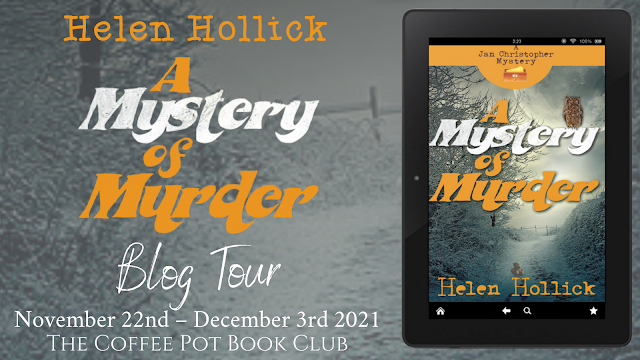 A Mystery of Murder

This was my first foray into the world of Jan Christopher, a young library assistant in the early 1970s, and her boyfriend, DS Laurie Walker, and it was delightful.

It's Christmas, and Jan and Laurie are on their way to Devon, to stay with Laurie's parents. Although she will miss her aunt and uncle, she is excited about this new step in her relationship.

But soon, Jan discovers that country life isn't all grand, and that dark secrets lurk even in the most remote location. Secrets that Laurie seemed to share...

I found myself taken back in time, and I quite enjoyed the description of the way of life in early 1970s England. The author adds a touch of the social prospects of the day too. After all, Laurie had to move to London to further his career, as the police force in his local village was not interested in actually solving any crimes. We also discover that Jan's occupation is deemed fine until she is getting married. I loved the hints at ’how things are done’, during a time of great change. These details were subtly fed into the plot, providing us with insight into the main characters’ minds.

Jan and Laurie are quite open. They are young, with ambitions and dreams. This becomes clear as the mystery unravels when old bones are found in a compost heap. Where had they come from? And whose were they?

An old case of several missing women and girls raises its ugly head, and the local police require assistance. I won't give away any spoilers but there are plenty of twists in this engaging mystery.

The pace is gently, cosy, despite the murder, but it doesn't slow too much. Jan is a wonderful character; young, naive, but also savvy when needed. And Laurie is a gem.

All the characters and their foibles and actions stay true to the era. I'm sure the temptation to bring in some more modern views was tempting for Ms Hollick, she's managed to keep them nicely in their bubble. This creates a lovely, warm story.

My only gripe was the rather abrupt ending. It seemed hurried, and not quite in synch with the rest of the mystery. I was wondering if that was it, and yes. But A Mystery of Murder is still a fabulous read, especially if you love cosy English crime.

I will now have to catch up on the first in the series (which I've just bought – perfect Xmas reading!), before the release of the next one in the spring. I'm looking forward to both! 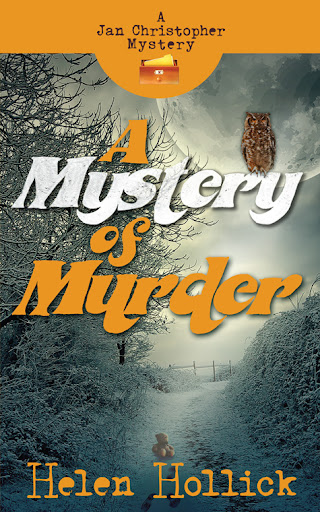 ‘Had I known what was to happen soon after we arrived at Mr and Mrs Walker’s lovely old West Country house, my apprehension about spending Christmas in Devon would have dwindled to nothing.’

Library Assistant Jan Christopher is to spend Christmas with her boyfriend, DS Laurie Walker and his family, but when a murder is discovered, followed by a not very accidental accident, the traditional Christmas spirit is somewhat marred...

What happened to Laurie’s ex-girlfriend? Where is the vicar’s wife? Who took those old photographs? And will the farmer up the lane ever mend those broken fences?

Set in 1971, this is the second Jan Christopher Cosy Mystery. Join her (and an owl and a teddy bear) in Devon for a Christmas to remember.

Will the discovery of a murder spoil Christmas for Jan Christopher and her boyfriend DS Laurie Walker – or will it bring them closer together?

Read for free with #KindleUnlimited subscription.

Helen Hollick and her family moved from north-east London in January 2013 after finding an eighteenth-century North Devon farm house through being a ‘victim’ on BBC TV’s popular Escape To The Country show. The thirteen-acre property was the first one she was shown – and it was love at first sight. She enjoys her new rural life, and has a variety of animals on the farm, including Exmoor ponies and her daughter’s string of show jumpers. First accepted for publication by William Heinemann in 1993 – a week after her fortieth birthday – Helen then became a USA Today Bestseller with her historical novel, The Forever Queen (titled A Hollow Crown in the UK) with the sequel, Harold the King (US: I Am The Chosen King) being novels that explore the events that led to the Battle of Hastings in 1066. Her Pendragon’s Banner Trilogy is a fifth-century version of the Arthurian legend, and she also writes a pirate-based nautical adventure/fantasy series, The Sea Witch Voyages. Despite being impaired by the visual disorder of Glaucoma, she is also branching out into the quick read novella, 'Cosy Mystery' genre with the Jan Christopher Mysteries, set in the 1970s, with the first in the series, A Mirror Murder incorporating her, often hilarious, memories of working for thirteen years as a library assistant.

Her non-fiction books are Pirates: Truth and Tales and Life of A Smuggler. She also runs Discovering Diamonds, a review blog for historical fiction, a news and events blog for her village and the Community Shop, assists as ‘secretary for the day’ at her daughter’s regular showjumping shows – and occasionally gets time to write... 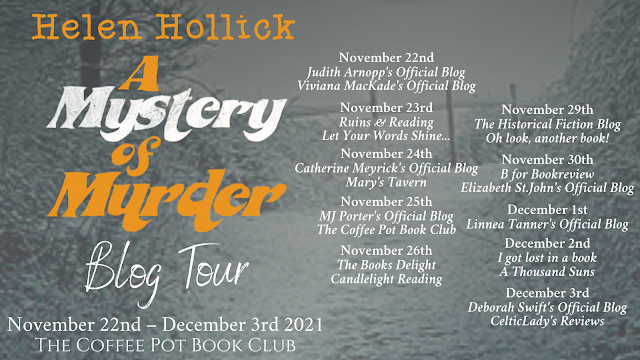