I'm delighted to share my review for The Knight's Convenient Alliance, an intriguing romantic adventure by Melissa Oliver.

The Knight's Convenient Alliance is an engaging romance.

I hadn't read the previous book in the series, where Brida and Tom make an early appearance, but that was no disadvantage. This novel can easily be read as standalone. Any details of their link to the last story were seamlessly woven into the plot.

We begin in the summer of 1221, when Brida and Tom end up sharing a passionate kiss when they both escaped their friends' wedding festivities for some quiet air.

But Brida fears love is not for her, because of a family curse, so she sends Tom away with harsh words.

Three years later, she lives a quiet life in a cottage near Kinnerton Castle, her friends’ home. The villagers believe her husband is away, a notion she never dispelled, as it suited her well. She retained her independence whilst not having to face uncomfortable questions – being a woman living on her own.

Meanwhile, Tom is in London, spying on the king's behalf. But when he runs into a clever trap, where he ends up accused of murder, he flees, with the murderers on his heel. With Ralph de Kinnerton away, an injured Tom seeks sanctuary in the village, where he is deemed to be Brida's missing husband.

In close proximity, their subdued passion rises to the surface, but as soon as he is recovered, his attackers arrive, and Tom has to flee, and to take Brida with him. They flee into Wales.

With Brida's family curse always on her mind, poor Tom often doesn't know what to make of her. His easygoing charm leads to much banter, humorous and deeper, between the two but at the end of the day, he has to reveal his real, more serious character to her.

Tom is a clever character, using his lighthearted charm as a front whilst spying for the king. But he also gets to show his real self, which is a revelation to Brida, and the reader. I really liked him. He was courageous, dangerous, and cheeky at times. A man of his time.

Brida, on the other hand, carries emotional baggage with her in form of a curse. I thought she made things far more difficult for herself than needed, and her abrasive (defensive) nature grated at times. But she also discovered her wicked sense of humour, as the journey with Tom is full of surprises.

The Knight's Convenient Alliance is a nicely-flowing romance between two strong characters. The historical setting his well researched, as the detailed descriptions in the narrative show. The dangers of life in the Middle Ages – for women and men – come across very well.

I enjoyed this intriguing plot. Well worth reading! 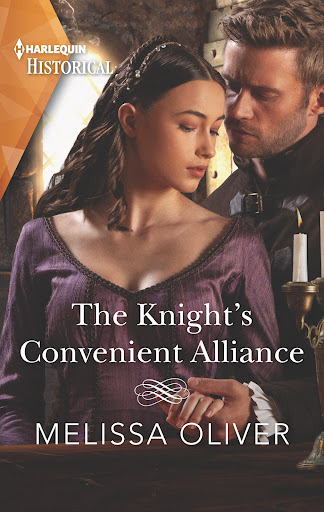 The only man who’s tempted her…now poses as her husband!

When an injured knight arrives on Brida O’Conaill’s doorstep, the village assumes he’s her long-lost husband. But her only previous connection to Sir Thomas Lovent was an intense shared moment at a tournament years ago.

Brida maintains the pretence while she nurses him, yet once he’s back to full, virile health, she cannot reveal Thomas is not her husband—or that she’s unmarried!—when everyone is expecting them to act like husband and wife… 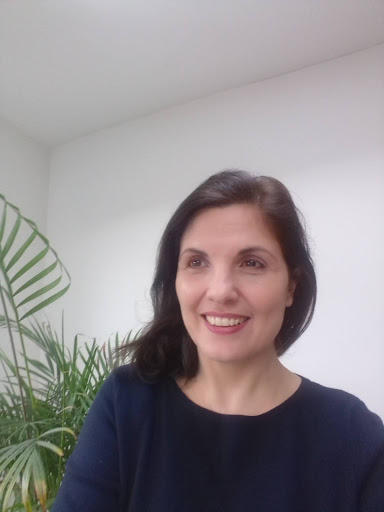 Melissa is from south-west London where she writes historical romance novels. She lives with her lovely husband and daughters, who share her passion for decrepit, old castles, palaces and all things historical.

Melissa is the WINNER of The Romantic Novelist Association's Joan Hessayon Award for new writers 2020 for her debut, The Rebel Heiress and the Knight.

When she's not writing she loves to travel for inspiration, paint, and visit museums & art galleries.