Heidi is currently on blog tour with The Coffee Pot Book Club. Make sure to check out the other stops for other intriguing posts! 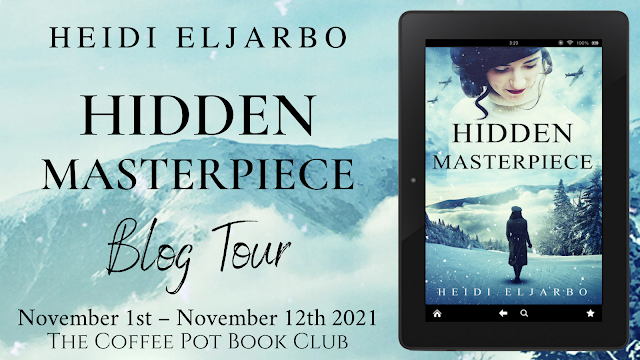 On the road from Antwerp to Amsterdam, 1639

The first coachman snapped his whip, sending the horses cantering across the open field. In the first carriage sat Uncle Yoel and his wife, Ruth. Following closely behind in the second carriage, Annarosa and Simona held on to their seats as the wagon wheels seemed to hit every pothole along the trail.

They’d traveled all day and had only stopped to rest the horses and luncheon on a meadow next to a lake. Now, dusk brought a shadowy gloom over the landscape, erasing the tracks. The Ruber family had to make it to an inn close to Rotterdam by nightfall. Part of their baggage was tied to the top of the wagons, while the rest sat inside on the floor. Two panniers were crammed next to them on the seats. They’d managed to bring several trunks filled with china and silverware, some books and etchings, and all their jewelry, finer clothes, and tablecloths.

Annarosa worried about her madre’s two paintings. They’d boxed them up in wooden crates and tied them securely underneath the second carriage. Hopefully, the crates were sturdy enough to withstand the inevitable jolts as they traveled through the rough terrain.

They’d received a fair price for their home and had left behind valuable furniture, lavish curtains, and the clavichord. Aunt Ruth had cried as she walked away without her fine instrument, but Uncle Yoel had promised to buy her another one.

Most tragic of all, they’d left behind Annarosa’s madre.

Madre had closed her eyes for the last time early one morning as the sun shone through the window in the parlor. Sitting in front of her paintings and holding Annarosa’s hand, she’d drawn her final breath. Strangely enough, it was as if Madre was journeying with them. The memory of her would always be near, and the feeling that she watched over her beloved daughter was ever present.

Simona had insisted on packing Annarosa’s best clothes. She’d folded the voluminous gowns and squeezed them into a good-sized trunk. “You never know when you’ll need to dress up. You are not getting any younger, child. One day, the right man will stand before you, and when that moment arrives, you need to look your best.”

Aunt Ruth’s trunks held only a portion of her vast wardrobe, but she’d packed her ostrich feather fan. And at the bottom of one of the chests, the woman had placed her ermine-trimmed cloak, well knowing the fur was an emblem of royal status and nobility.

Annarosa sighed. She’d be happy wearing simple linen gowns in muted colors. Why should she pack fine china, smocks trimmed with lace and cutwork, or skirts with embroidered borders? Would she ever need gowns of brocade and velvet adorned with jewels in their new home?

She loved her family but longed to be on her own. Alas, as long as she was unwed, Uncle Yoel would never allow such a thing. Likewise, her madre would have been appalled by such a notion. But Madre would have come around; she always did. She’d understood Annarosa’s need to be more than a fine, gentle woman on display.

Sometimes, Annarosa dreamed of cutting her hair and dressing in a simple man’s outfit with a full-sleeved white linen shirt over wide, loose breeches. No more high-heeled, embroidered shoes but rather comfortable boots she could run in. She’d live by a stream and wake up to bird’s chirping and grazing deer nibbling on apple trees and berry bushes in the yard. Yes, she’d be happy to live in a cottage by the woods with a trusted hound, a stalwart black stallion, her sword…and Claude Beaulieu.

Monsieur Beaulieu was back in Amsterdam. Would he come see them when they stayed in town for her sittings with the master painter? Perhaps Uncle Yoel would settle for a while before he told them they had to move on. Annarosa frowned. She still didn’t know their final destination. Did her uncle know, or was he still searching for a new place for their family to live?

“Claude. Claude.” Annarosa sat, looking out the window at the setting sun, whispering his name. The field was closing in, and the trail led them directly into the woodland.

“What’s that, child?” Simona asked. “Do you need anything? Are you thirsty?”

Annarosa turned to her chaperone and smiled. “No, thank you.”

“Well, close your eyes for a while then. We should arrive shortly.”

Suddenly, the clamor of shouting voices brusquely pulled Annarosa out of her reverie. The carriage came to an abrupt halt, causing Simona to tumble onto her knees on the floor. Annarosa bent down to make sure the older woman was all right, then she put a finger to her lips.

“Stay down. I’ll see what’s going on.” She eased up on the seat and carefully peeked out the window. 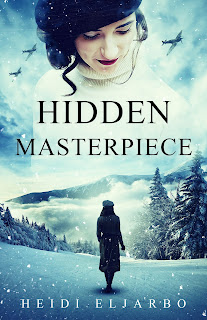 In this riveting third book in the Soli Hansen Mysteries series, a woman’s courage to follow her conviction during a horrible war leads her to the portrait of a young Jewish heiress painted three centuries earlier.

Norway 1944. Art historian Soli Hansen has gone undercover to rescue masterpieces and keep them from falling into the hands of Nazi thieves. Working with a small resistance group led by her best friend Heddy, Soli will stop at nothing to thwart the efforts of the invaders of their scenic country. Trust and loyalty mean everything when working against a merciless enemy.

Riddles and clues lead the way to a mysterious work of art. It’s a race against time, but Soli and her network refuse to give up. However, when news arrives that her sweetheart Nikolai is missing in action, she strives to concentrate on the demanding quest.

From the streets of Oslo to the snow-covered mountains and medieval churches of Nume Valley, Soli takes risks larger than her courage, trying to preserve and hide precious art. But she must decide if it’s all worth losing the man she loves.

Antwerp 1639. Fabiola Ruber’s daughter, Annarosa, wants to honor her mother’s last wish and have her portrait done by a master artist who specializes in the art of chiaroscuro. Her uncle writes to an accomplished painter in Amsterdam and commissions him to paint his beloved niece.

Struggling with religious and social persecution, the Jewish Ruber family uproots once again and travels northward. On the way, they will sojourn in Amsterdam for Annarosa’s sitting in the master painter’s studio. But will they make it there? None of them can foresee the danger of such a journey.

This novel is available to read for free with #KindleUnlimited subscription.

Heidi Eljarbo is the bestselling author of historical fiction and mysteries filled with courageous and good characters that are easy to love and others you don't want to go near.

Heidi grew up in a home filled with books and artwork and she never truly imagined she would do anything other than write and paint. She studied art, languages, and history, all of which have come in handy when working as an author, magazine journalist, and painter. 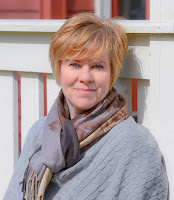 After living in Canada, six US states, Japan, Switzerland, and Austria, Heidi now calls Norway home. She and her husband have a total of nine children, thirteen grandchildren—so far—in addition to a bouncy Wheaten Terrier.

Their favorite retreat is a mountain cabin, where they hike in the summertime and ski the vast, white terrain during winter. 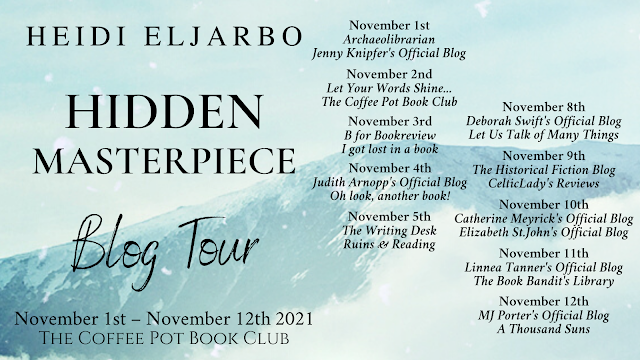