I'm delighted to share my review of Playing the Duke's Fiancée, a gentle Victorian romance in sumptuous setting by Amanda McCabe.

My thanks to Rachel’s Random Resources and the author for a copy.

Violet Wilkins is not your ordinary debutante. For one, she's American, daughter of a coal magnate. Her sister, Lily, is already a duchess, and her twin, Rose, also married to a young lord.

And Violet has not really thought about marriage. She aims to become a professional photographer. But not everyone welcomes the new technology – nor a woman wielding it!

As she is presented to the court, her hope grows when she discovers Prince Alfie shares her passion for photography. Then she meets William, Duke of Charteris, and her thoughts lead her down a very different path.

But no, she would never make a good, responsible duchess. She's too impetuous, and too independent. When a letter arrives from her father to tell her his business associate, a man more than twice her age, has asked for her hand and he agreed, Violet panics. He would never allow her to pursue her passion.

Meanwhile, William is pursued by a very determined young lady, Thelma, who plots to entrap him into marriage. Unfortunately for her, Violet overhears her conversation and manages to warn him.

Finding that they're both in precarious situation, they decide to get engaged, to shake off their dogged pursuers. What neither Violet nor William expected was that they begin to enjoy each other's company. The stuffy, serious duke relaxes beside the warm, lively Violet, and but they know that she would not make the right type of duchess. Or would she?

Playing the Duke's Fiancée is a delightful romance. At a gentle pace, we follow Violet and William from Victorian London via the stuffy Prussian court at Berlin to the sumptuous Winter Palace in Saint Petersburg where Prince Alfie is to marry the Russian princess.

The research is impeccable. We are thrown into the world of late 19th England and Russia, both very different places. The splendour of the Winter Palace and the wealth of Saint Petersburg is shown really well. I felt myself pulled into a world of the super-rich royalty. And, like Violet, I found it a little daunting, and I could well imagine her wonder, and her discomfort.

The relationship between William and Violet sizzles with suppressed passion. Both have to set aside their own preconceptions to allow their love to flourish. I found they complied with the rules of the day, but also discovered a world beyond their own.

My only gripe was at the end, when Violet's life is in danger. The rescue happens a bit too swiftly, and she seems to get over the shock very quickly. It felt a bit rushed.

But Playing the Duke's Fiancée is a wonderfully descriptive story, set in the most incredible locations, and as a reader, it sweeps you away into the distant world of royalty, duty, and pleasure.

I would very much recommend it to readers who enjoy romance stories in vivid settings. You won’t be disappointed when the splendour of the Winter Palace, combined with the budding romance between two likeable characters, captivates you. 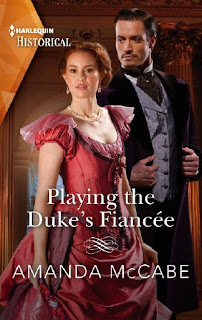 For the unconventional heiress

When American heiress Violet Wilkins crosses paths with William, Duke of Charteris, she has extremely low expectations of the “Duke of Bore.” But when this seemingly stuffy aristocrat offers her escape from a dreadful arranged marriage, she leaps at the chance!

To her surprise, the arresting William whisks Vi into an exhilarating make-believe romance. And as she gets to know the man behind the title, she can’t help wanting more…

Amanda wrote her first romance at the age of sixteen--a vast historical epic starring all her friends as the characters, written secretly during algebra class (and her parents wondered why math was not her strongest subject...)

She's never since used algebra, but her books have been nominated for many awards, including the RITA Award, the Romantic Times BOOKReviews Reviewers' Choice Award, the Booksellers Best, the National Readers Choice Award, and the Holt Medallion.  She lives in Santa Fe with a Poodle, a cat, a wonderful husband, and a very and far too many books and royal memorabilia collections.

When not writing or reading, she loves taking dance classes, collecting cheesy travel souvenirs, and watching the Food Network--even though she doesn't cook. 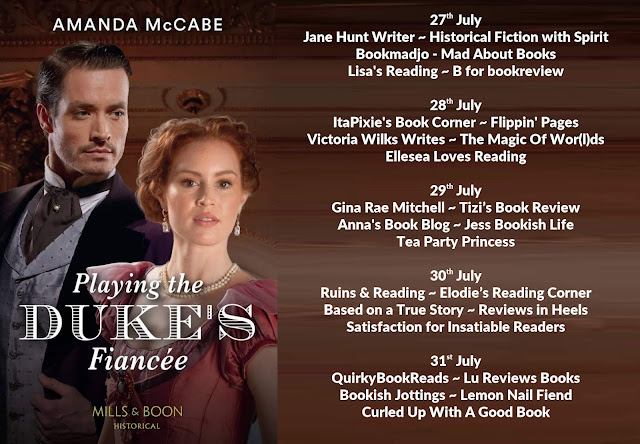