I'm delighted to share my review of Captivating the Cynical Earl, a moving Regency romance by Catherine Tinley, as part of a blog tour.

What a delightful, moving story!

Cecily, a young lady suffering the scandals of a flighty mother, is not really looking forward to her season in London. Used to discussing business proposals with her guardian and his wife, she finds the mindless conversations dull. But then she meets her best friend Nell again, and her mood improves.

But Nell, recently married, has troubles of her own. Her husband Tom's brother, the earl of Hawkenden, disapproves of their hasty wedding after only a few months. A family rift ensues, and Cecily is determined to help her friends. But little does she know that the earl is not to be moved from his view.

An early encounter between Cecily and Jack Beresford, earl of Hawkenden, does not go to plan. She doesn't realise that he confuses her with Nell and tells her to back off from Tom. Cecily regards his appalling behaviour as a challenge.

When Cecily joins Tom and Nell at his family's hunting lodge at Hazledene, little does she know that she would spend the following weeks not only in her good friends' company – but also in Jack's. Neither brother was prepared to give in, so being ensconced in the small lodge leads to a series of interesting conversations between Cecily and Jack. And soon, she discovers that beneath the cold, arrogant exterior hides a boy left to fend for himself and his little brother.

As they grow closer, Cecily feels herself drawn to irrational Jack, and when she uncovers a long-kept secret, she sets out to help him overcome his past. But Jack's stubbornness nearly leads to disaster...

I really enjoyed reading Captivating the Cynical Earl. It is a warm story, with true flesh-and-blood characters and a realistic visual setting.

I liked Cecily a lot. She doesn't take any nonsense, keeps a cool head, yet still manages to be a lady of her time, albeit one with a head for business – a rare case in the days when women were expected to chat about mundane subjects, do their embroidery, and bear children. That is her dilemma, and one Ms Tinley's writing skills show very well. Cecily likes nice clothes too, so she is still a girl of her times, but she is easily bored by silly chatter. And it's no surprise when she realises that she does not want a ’safe’ marriage after all, but rather a challenging one that allows her to give her opinion.

Jack is a tortured soul. The early death of his mother, and the uncaring behaviour of his father have left their mark. All his life, he has protected his younger brother, Tom, from harm. But now Tom has found happiness with Nell, and it seems he doesn't need his brother's help anymore. It leaves a black hole in Jack's life, one he finds hard to come to grips with. But then there is Cecily, a danger to the carefully constructed wall around his heart.

The way Cecily weaves a way through his defences is nicely told. It's a gentle romance, with the feelings building up slowly. A slow burner, but a steady one I found realistic given Jack's background, and Cecily's no nonsense approach.

When Cecily uncovers a secret kept from the Beresford brothers, I had a lump in my throat. Although I expected something like that, it was still beautifully told, and it denotes the turning point in their relationship.

Captivating the Cynical Earl is a moving story, told at a gentle pace, and in great detail. This suits the main characters very well, I thought.

A warm, thoroughly enjoyable read I can highly recommend. 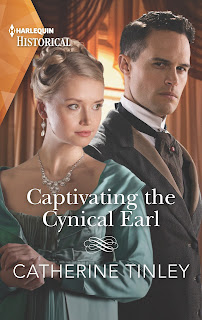 And the enchanting lady

For Jack Beresford, Earl of Hawkenden, emotional entanglements are the path to pain. But when his brother brings his new wife and her best friend to his country home, everything changes.

Lady Cecily Thornhill is both vibrant and beautiful, and Jack finds himself increasingly captivated by her sunny nature. Yet he must resist her charms, for in a month she’ll be gone—unless his frozen heart thaws before then… 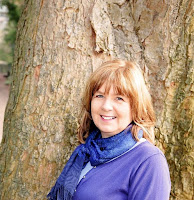 She has loved reading and writing since childhood, and has a particular fondness for love, romance, and happy endings. After a career encompassing speech & language therapy, Sure Start, maternity campaigning and being President of a charity, she now manages a maternity hospital. 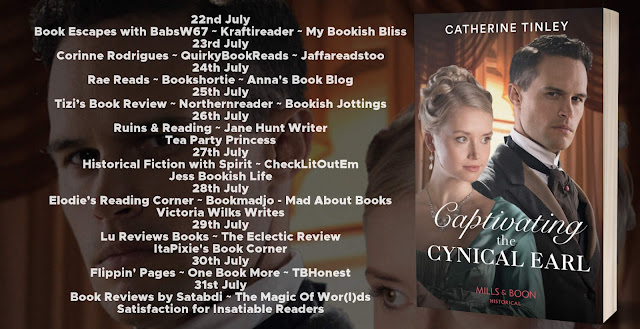