Promo: The Year We Lived by Virginia Crow

Today, I'm thrilled to share an enticing excerpt from a novel that sounds just like my kind of read: The Year We Lived by Virginia Crow, currently on blog tour with The Coffee Pot Book Club.

Well worth checking out if you love medieval history! I know I'm going to... 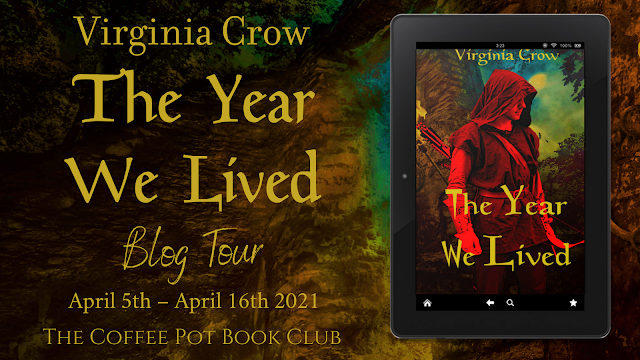 The Year We Lived

When the fool was dismissed later in the evening, Philip followed him out of the hall. He looked up and down the corridor but, despite having followed on the heels of the joker, he found the hallway empty.

“Impossible,” he hissed and turned once more, stumbling back as he found himself staring into the eyes of the fool.

“You seek me, Your Grace. But why? I am neither a chalice nor a chasuble. Surely you do not wish me to read the liturgy with you. You know how many years it has been since I attended Latin.”

“You may be employed for amusement, but do not confuse it with mischief. I am too close now to let a fool upset my plans.”

“Peace,” the fool’s voice took on the disguise of the bishop’s tone. “At whatever cost.”

“Enough!” Philip growled, snatching the joker’s collar. “I did not ask Lord de Bois to do this to you. I told him he should not. Why, then, do you constantly scorn me and mock my plans?”

“Steady, Your Grace,” the fool replied, shrugging out of the grip the other man had on him. “That is not peaceful. Or perhaps you are returning to your former attempts at peace.” He spoke the last word with such venom that Philip took a step back. “I know what happened on that September day. I know what you did and what you seek forgiveness for. Your guilt has led you to do these things.”

“How five seconds earlier you might have saved a life, while five second later you would have lost your own. How wicked is fate!”

“I don’t believe in fate,” Philip spat. He turned as the door behind him opened, and watched as two guards bowed their heads respectfully, before continuing on their way. “I should have known you had found out.”

“Found out, Your Grace?” he laughed. “Nay, I watched you. I saw you, who professes a desire for peace, thrusting your sword into the bodies of both men.” He shook his marotte at the bishop and, without moving his own lips, threw his words from the miniature mannequin. “Peace at whatever cost.” Then from his own mouth, “You did nothing to save me from your brother and this mockery and cruel folly he placed on me. I’m simply returning the gesture.”

Philip watched as the fool vanished as spontaneously as he had appeared. He stood alone in the corridor now, lost in his bleak thoughts. Almost eight years separated him from his actions at Hastings, and in all those days he had never managed to shake the grief and guilt. Was peace always going to cost so much? Could he not find a way of obtaining it without bloodshed? He looked down at the cross which rested on his broad chest and frowned. Peace always demanded sacrifice and, if Christ had given his own life to offer such a thing, should he be willing to do any less? But he could not share his guilt with his brother. Henry would only mock him, laughing at his stupidity and panic. Lord de Bois was the soldier in their family, not he. So, although Philip was the eldest, his father had sent him to Rome and Henry assumed lordship.

He walked back into the great hall and returned to his seat beside his brother, listening as Henry prattled on: praising, mocking, and remembering events they had shared for no one’s benefit but his own. His wife listened to it all but said nothing. Hastings remained unmentioned, for which Philip was grateful. The fool had not told his master of the events which had happened there, or Henry would certainly have spoken of them. 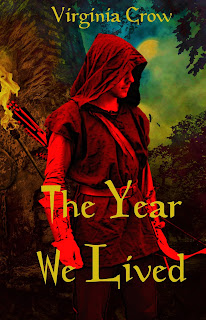 It is 1074, 8 years after the fateful Battle of Hastings. Lord Henry De Bois is determined to find the secret community of Robert, an Anglo-Saxon thane. Despite his fervour, all his attempts are met with failure.

When he captures Robert’s young sister, Edith, events are set in motion, affecting everyone involved. Edith is forced into a terrible world of cruelty and deceit, but finds friendship there too.

Will Robert ever learn why Henry hates him so much? Will Edith’s new-found friendships be enough to save her from De Bois? And who is the mysterious stranger in the reedbed who can disappear at will?

A gripping historical fiction with an astonishing twist!

Virginia grew up in Orkney, using the breath-taking scenery to fuel her imagination and the writing fire within her. Her favourite genres to write are fantasy and historical fiction, sometimes mixing the two together such as her newly-published book "Caledon". She enjoys swashbuckling stories such as the Three Musketeers by Alexandre Dumas and is still waiting for a screen adaption that lives up to the book!

When she's not writing, Virginia is usually to be found teaching music, and obtained her MLitt in "History of the Highlands and Islands" last year. She believes wholeheartedly in the power of music, especially as a tool of inspiration. She also helps out with the John O'Groats Book Festival which is celebrating its 3rd year this April.

She now lives in the far flung corner of Scotland, soaking in inspiration from the rugged cliffs and miles of sandy beaches. She loves cheese, music and films, but hates mushrooms. 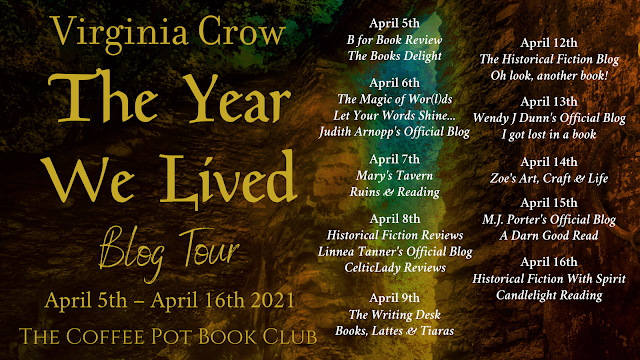