Review: An Island of Secrets by Eva Glyn

Today, I'm thrilled to share my review of An Island of Secrets by Eva Glyn. This is the first novel I've read by this author, but it won't be my last.

It's currently on blog tour through Rachel's Random Resources. Make sure to check the other stops on the tour!

An Island of Secrets

The novel begins in Suffolk, England, where Guy Barclay, a 93-year old WWII veteran and widower is in a care home, reminiscing about missed opportunities in the past. His thoughts and dreams return to a tiny island off the coast of Croatia where he was stationed for several months in 1944 – and where he'd fallen in love for the first time.

Guy knows he is dying, so he sets his granddaughter, Leo, a task: visit the island and discover the fate of several women. But he does not tell her why he wanted to know.

Leo is on the verge of a burn-out. A high-powered city broker, she earns vast amounts of money, but it cannot replace her most heartfelt wish for a child. Yet her husband, Marcus had for years dithered, found excuse after excuse. Now, he accused her of cheating after she'd stopped taking her pill, and left her.

Exhausted, Leo accedes to Guy's wish and takes a sabbatical. She needs a break. When she arrives on the island of Vis, she is too wound up to do much in terms of research, her head full of her own problems, and her desperate wish for a child. At 36, the clock is ticking. Leo goes into meltdown.

In Komiža, a small town on the island, Andrej makes a living in a small tourist shop. He returned after university to look after his widowed mother, but he has yet to find his path in the world. He owns the small fisherman's house Leo rents for several months, and soon Leo realises he could be of help in her research.

Flashback to 1944. Vis is the only Croatian island not occupied by the Nazis. It is therefore a hub for partisans, Croat freedom fighters, and becomes a local point for the Brits and Americans who cooperate with the partisans. Guy is there on a mission – as a speaker of Serbo-Croat, which he'd studied at university – he is there to observe the actions of the partisans and report back. Only his senior officer is aware of his role, a secret that weighs hard on his mind. When he and the British doctor in charge of the only makeshift hospital on the island come across the execution by partisan men of two women up in the hills, they devise a plan to help the women. But it bears a high risk.

All along, Guy falls in love with a local girl, Ivka, but her sister's fate throws their plans of him smuggling her off the island when he finally leaves into disarray.

An Island of Secrets tells a moving, poignant tale of a rarely published side of war. Not everything is black or white. People are operating in grey areas, which may cause big issues when discovered. It also shows how you often had no choice but to acquiesce. Or operate in secret.

Leo's life is chaos. Her desperate wish for a child is heart-breaking, and she is torn between dreaming of a different future with her husband, or leaving him for good. But then something happens, and the decision is taken off her hands.

Guy is a lovely character with a strong sense of right and wrong, even in war. But even he has to admit to himself that there were situations where your hands were tied. You had to risk position – and even your life – to do the right thing sometimes. A risk very close to the mark. His love for Ivka is real, and their romance sweet despite the dark backdrop and the daily danger they were in.

And Ivka's own dilemma – with a whining mother for whom nothing she did was ever good enough, a father and brother among the partisans on the mainland, and a sister getting caught by Germans – is truly tragic. I felt for her plight. She deserved happiness, with all the darkness around her.

My only issue is with the present-day ending. Leo has her child, but she still works in her high-powered job, leaving another to look after her daughter. After all her fervent desperation, that did not sound right for me. But that's the only thing I wondered about in this otherwise immensely gripping story.

An Island of Secrets sweeps you away from a hectic modern life to the wartime past. The plot is full of clever twists, and the author's research – conducted on site – shines through. I can easily visualise the villages, the coves, and the cave where Guy hides his radio. Ms Glyn has been there, and it shows. This adds a strong sense of realism.

If you love reading sweeping stories of love and war, of hardship with moments of intense happiness, this dual-timeline story is for you. I read it in three days.

I can highly recommend it. 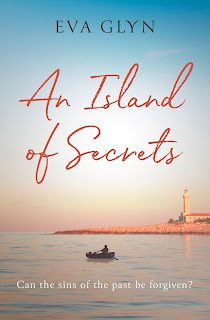 For fans of Dinah Jefferies, Victoria Hislop, Lucinda Riley and Rosanna Ley, this is a stunning and sweeping WW2 novel that shows a side to the war not often seen before.

Seventy-five years ago, British SOE spy Guy Barclay was forced to leave behind the woman he loved in war-ravaged Yugoslavia.

As ninety-three-year-old Guy’s days draw to a close, he asks his granddaughter, Leo Holmes, to go looking for answers. Given that her marriage has imploded and her City job is on the verge of killing her, Leo agrees and rents a house on the island of Vis, where her grandfather was stationed in the Second World War.

But as Leo’s search takes her down unexpected roads – and into the path of a gorgeous local, Andrej Pintaric – she begins to wonder if this journey down memory lane might yield unexpected results for more than just her beloved grandfather…

Eva Glyn writes escapist relationship-driven fiction with a kernel of truth at its heart. She loves to travel and finds inspiration in beautiful places and the stories they hide. 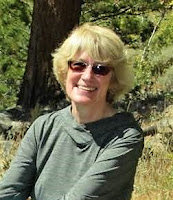 Her last holiday before lockdown was a trip to Croatia, and the country’s haunting histories and gorgeous scenery have proved fertile ground, driven by her friendship with a tour guide she met there. His wartime story provided the inspiration for The Olive Grove and his help in creating a realistic portrayal of Croatian life had proved invaluable. Her second novel set in the country, a dual timeline looking back to World War 2, will be published in the spring of 2022, also by One More Chapter.

Eva lives in Cornwall, although she considers herself Welsh, and has been lucky enough to have been married to the love of her life for twenty-five years. She also writes as Jane Cable. 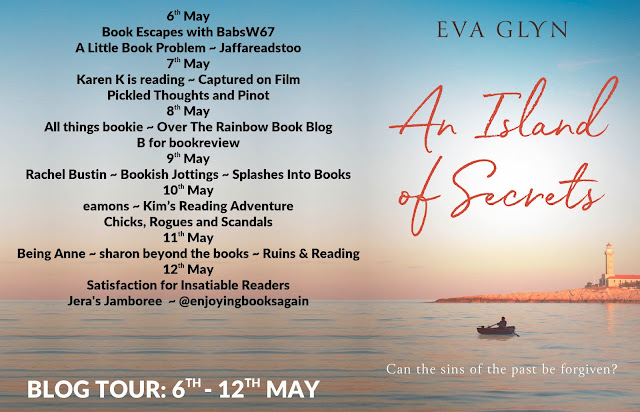