I'm delighted to welcome back Tony Riches, acclaimed author of Tudor fiction. Today, he introduces us to Raleigh – Tudor Adventurer.

I've been fascinated by the adventurers roaming the seas during the Elizabethan era, and I'm very much looking forward to reading this novel. Make sure to look out for my review later in the spring.

Now, over to Tony!

I chose three favourites of the queen for my Elizabethan series, who each saw different facets of her personality. Sir Francis Drake showered her with gold and jewels, stolen from the Spanish, in return for the status he longed for. The Earl of Essex was like the errant son she never had, but Raleigh became her protector, Captain of the Guard, and lived to see the last days of the Tudor dynasty. 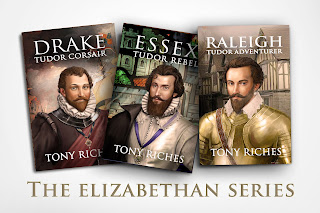 Many of the things I thought I knew about Walter Raleigh proved to be wrong. Raleigh is credited with introducing the potato and tobacco to Britain, but I’ve seen no evidence for either, or for the popular tale of a servant throwing water over him when he mistook the smoke from Raleigh’s pipe for a fire! 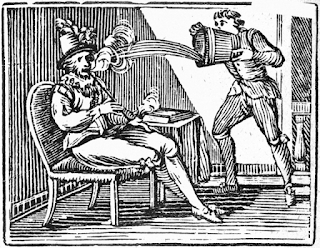 I followed Raleigh across the Irish Sea to the harbour at Youghal, where he had a house called ‘Myrtle Grove’ and became Mayor, as well as to the bustling city of Cork, where he served in the English Army of occupation. Most biographers allow a page or so for Raleigh’s time in Ireland, yet I felt it helps to explain his later motivation and ambitions.

My research uncovered a comprehensive collection of original letters and poetry written by Raleigh. As well as helping me understand the often complex timeline of events, they also gave me a sense of his ‘voice’, and his feelings towards the queen and others of her court.

I relied on the comprehensive records of the Elizabethan Court, which set out events in fascinating detail.  I was also lucky to read ‘A Woman of Noble Wit’, a new novel by Rosemary Griggs, about Raleigh’s mother. This led me to explore Walter Raleigh’s relationship with his father, as well as his mother, an aspect of him largely ignored by historical biographers.

My hope is that Raleigh – Tudor Adventurer will help readers see beyond the myths and half-truths, and have a better understanding of the man who has been called the last true Elizabethan.

Tony Riches is a full-time UK author of Tudor historical fiction. He lives with his wife in Pembrokeshire, West Wales and is a specialist in the lives of the early Tudors. As well as his new Elizabethan series, Tony’s historical fiction novels include the best-selling Tudor trilogy and his Brandon trilogy, (about Charles Brandon and his wives). 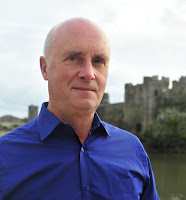 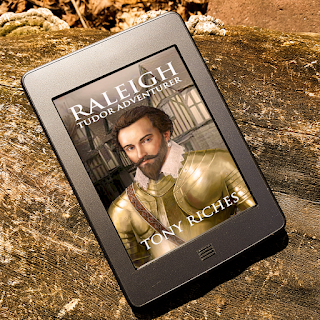