I'm thrilled to share my review for Warrior of Mercia, historical fiction writer MJ Porter’s exciting third adventure featuring young Icel. I thoroughly enjoyed the first two books in the series, so I couldn't wait to get stuck into this one.

Warrior of Mercia is currently on blog tour with Rachel's Random Resources, so make sure to check all the other fabulous posts on this tour.

The Eagle of Mercia Chronicles

Having read and reviewed the first two titles in the series, Son of Mercia and Wolf of Mercia, I was eagerly awaiting this new adventure featuring young Icel. Our healer is turning fast into an accomplished warrior, but his journey there isn't an easy one. 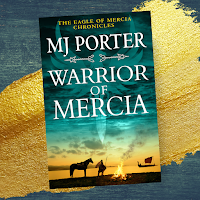 King Wiglaf has secured his throne for the second time, firmly establishing himself again as King of Mercia. But Icel, who was rewarded by Wiglaf for saving his life with the beautiful stallion, Brute, doesn't feel comfortable at court in Tamworth. Not everyone shares the king's goodwill, and petty jealousies soon erupt when Wiglaf's son, Wigmund, challenges Icel. Wigmund, kept safe at home by his scheming mother Cynethryth, lacks Icel's battle experience, but in his entitlement he regards the young healer-turned-fighting man as a threat.

But soon, an even deadlier enemy approaches: the Vikings are raiding the coast of East Anglia, and their king calls for help. But can he be trusted, or is it all an elaborate trap? Under the guidance of Ealdorman Ælfstan, Icel and his fellow warriors are sent deep into East Anglia, aware of enemies lurking everywhere. They don't trust the East-Anglian Ealdorman they're accompanying, and being wary pays off as they spot marauding Northmen before the local lord does!

They are attacked by a group of Vikings, but there are still instances that baffle Icel and the Ealdorman. Why was a West Saxon coin found in a burnt-down village? And why was the Viking's boat burnt and hidden?

But before they can investigate further, a new, larger threat emerges – one that directly heads to Peterborough monastery where the king stays, awaiting news. Will Icel and his fellow men arrive on time?

It was well worth waiting for this new adventure. The plot continues on from previous novels, but it also works well as a standalone read. Some threads are closed at the end of Warrior of Mercia, whilst others continue into the next book, making you want to read more.

Icel's personal development continues too. Early on, he's still a bit green, caught off guard by Wigmund’s henchman, but as Icel and his group journey into the enemy kingdom of East Anglia, his curious nature and common sense give him a real edge. He questions everything, and learns along the way. By the end of this novel, Icel the Healer has turned into a fully-fledged warrior. His healing skills still come in handy as he saves his friends’ lives, but he has grown not only in stature, but also into his role as the king's man. I expect further antipathy from Wigmund in the next instalment!

The political setting is shown realistically, with the small kingdoms vying with each other for any sort of supremacy over the others. East Anglia was part of Mercia once, and Wessex wants to absorb all of them. There is much mistrust and suspicion, and an element of personal ambition by a range of characters, which creates great tension.

And, of course, there is still the riddle about who Icel's father was. As further pieces fall into place, new questions emerge. The author does well to give poor Icel a few snippets of information, only for him to come up against another brick wall. This riddle is to be continued, and I have my own suspicions...

Warrior of Mercia is a gripping fast-paced historical adventure, well-researched, though a little gory at times, in the battle scenes and in the description of injuries sustained (which didn't bother me as it's not gratuitous). For me, this adds a sense of gritty realism to the story, and the knowledge that a warrior's life could be over in the blink of an eye.

An engaging read with a clever protagonist who grows into his changed role very nicely. I can't wait for the next adventure. Highly recommended!

Icel is a lone wolf no more. 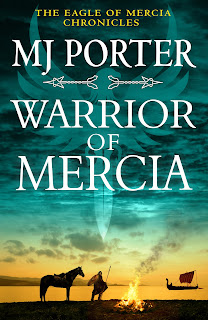 Oath sworn to Wiglaf, King of Mercia and acknowledged as a member of Ealdorman Ælfstan’s warrior band, Icel continues to forge his own destiny on the path to becoming the Warrior of Mercia.

With King Ecgberht of Wessex defeated and Londonium back under Mercian control, the Wessex invasion of Mercia is over.

But the Wessex king was never Mercia’s only enemy. An unknown danger lurks in the form of merciless Viking raiders, who set their sights on infiltrating the waterways of the traitorous breakaway kingdom of the East Angles, within touching distance of Mercia’s eastern borders.

Icel must journey to the kingdom of the East Angles and unite against a common enemy to ensure Mercia’s hard-won freedom prevails.

MJ Porter is the author of many historical novels set predominantly in Seventh to Eleventh-Century England, and in Viking Age Denmark. They were raised in the shadow of a building that they believed housed the bones of long-dead Kings of Mercia – so their writing destiny was set. 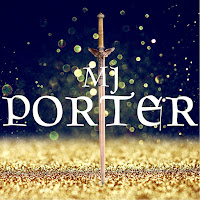 The first novel in their new Anglo-Saxon series for Boldwood Son of Mercia was published in February 2022. 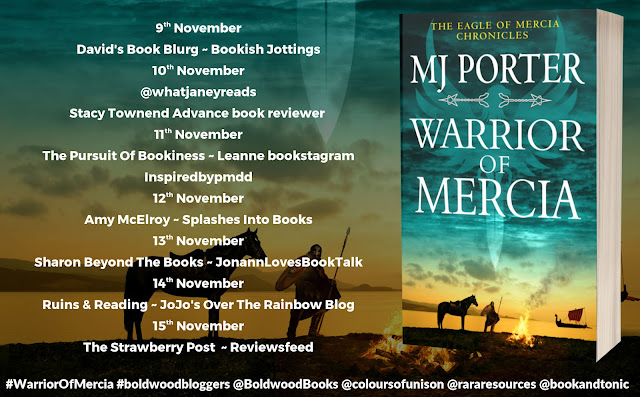