Today, I'm thrilled to share my review for The Automobile Assassination, a clever whodunit by M J Porter. Check it out!

It's currently on Blog Tour with Rachel's Random Resources. My thanks to Rachel and the author for a copy of the book. Make sure to check out all the other fabulous tour stops!

As a fan of M J Porter's novels, I had to see what this mystery was about. I know the author's historical fiction titles fairly well, but The Automobile Assassination veered into an entirely different direction: a murder mystery set during WWII. And a very clever one it is!

Set in a small English town, we find the local police force dealing with usual stuff: petty thefts and crimes. But just occasionally, something more sinister happens: such as the body of a man found bunched together in a way that he has to be cut in half for the forensic examiner team to do their work. A conundrum in itself. Why was the man – naked and without ID – left in that position? And who is he?

CI Mason and DS O'Rourke are sent to investigate, and soon they realise that the case is linked to recent activities by members of the Automobile Association. They follow the trail, but little did they know what they would uncover...

It took some time for me to realise who the Automobile Association referred to: the AA! Duh! Once that was clear, everything fell into place. I learnt so much about their activities in the first half of the 20th century that I never knew, like the boxes that they set at regular intervals on the roads, filled with items the stranded driver needs, such as maps, etc. Really fascinating, and very clever to include this in the plot!

CI Mason is a grump, but young female Sergeant O'Rourke is keen to show off her knowledge and get stuck in. They're opposites, but work very well together. Does it matter that O'Rourke is black? Perhaps. But I think it works well in the context. Perhaps not altogether realistic for small town, wartime England, but I liked the idea. Why not?!

The pace is meandering, as should be the case with a murder mystery. Very unlike the author's usual novels, and it's a credit to their skill to be able to pull this complete change in setting and style off so well.

The backdrop of WWII is always present, and the novel shows the interesting comparison between those who go off to war, and those who (have to) stay behind, to maintain law and order.

Whilst not as strong as the author's historical fiction titles (in my own view), which are grittier and pacy, I enjoyed this intriguing mystery and would read other books in the series.

A recommended read for those cosy evenings huddled up under a blanket... 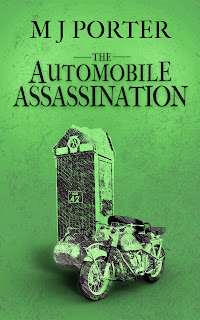 As events in Europe begin to turn in favour of the Allies, Chief Inspector Mason of Erdington Police Station is once more prevailed upon to solve a seemingly impossible case.

Called to the local mortuary where a man’s body lies, shockingly bent double and lacking any form of identification, Mason and O’Rourke find themselves at Castle Bromwich aerodrome seeking answers that seem out of reach to them. The men and women of the royal air force stationed there are their prime suspects. Or are they? Was the man a spy, killed on the orders of some higher authority, or is the place his body was found irrelevant? And why do none of the men and women at the aerodrome recognise the dead man?

Mason, fearing a repeat of the cold case that dogged his career for two decades and that he’s only just solved, is determined to do all he can to uncover the identity of the dead man, and to find out why he was killed and abandoned in such a bizarre way, even as Smythe demands he spends his time solving the counterfeiting case that is leaving local shopkeepers out of pocket.

Join Mason and O’Rourke as they once more attempt to solve the impossible in 1940s Erdington.

MJ Porter is the author of many historical novels set predominantly in Seventh to Eleventh-Century England, as well as three twentieth-century mysteries. 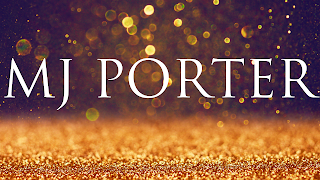 Raised in the shadow of a building that was believed to house the bones of long-dead Kings of Mercia, meant that the author's writing destiny was set.