I'm delighted to lure you into the Christmas spirit with these two enticing tales: Gaming Hell Christmas by Kathy L. Wheeler and Amanda McCabe!

My thanks to Rachel's Random Resources and the authors for an ARC.

VOLUME 1: Mysteries abound at the newest Hell in town

Enter the exciting new world of the Sous Rose, a new place in town with a mysterious owner no one knows.

At a masked ball, Alexandra visits with her friends from her girls’ school. They're enjoying the atmosphere, the excitement. But then, Alex, the illegitimate daughter of the Duke of Winsome has to hide, though, when her father arrives. She disappears with the help of a handsome stranger, Theodore Millburn. Feeling drawn to the man, she knows his family is linked to her father through tragedy, so she doesn't give away her name.

Theo, meanwhile, is intrigued by the statuesque beauty, but he has plans of his own. His father was executed for a murder he did not commit, and the daughter of the Duke of Winsome would have to pay the price. The legitimate daughter, Sophie, that is. Until he falls for Alex...

But when he realises who she is, both discover that there may be more to the murder from long ago than is known. This sends them into the path of danger.

At the same event, Belle, Alex's best friend, meets a neighbour from her late husband's estate – Will, a man she felt drawn to before. Now that her year as a widow is past, will they finally be allowed to come together?

Gaming Hell Christmas is the first in a series of short stories / novellas set against the backdrop of the exciting new venue in town. No one knows the owner, which is a mystery that weaves through both stories.

Alex and Theo's story is over twice as long as Belle's. It's an intriguing mix of romance, a woman in search of her independence, and an old murder mystery. I thoroughly enjoyed it. The frisson between the two headstrong characters is engaging, and the pace never slows down. Plenty of twists and turns in this romantic adventure.

Belle's story, however, was meant to be connected, but it was tricky due to Alex's adventures following their visit to the Sous Rose. The timeline didn't really fit, and we missed some of Belle's reactions in Alex's story. There were a few hints, but for me, the connection wasn't fleshed out properly, sadly. Belle and Will deserved a longer outing too. Their story was quite short. I liked both characters, but it felt a bit rushed to me. But as I had an ARC, some of these points may have been resolved in the meantime.

I guess it was tricky writing about the same characters at the same time, starting in the same place – an ambitious feat nonetheless. Both authors deserve our respect for attempting something so challenging.

Gaming Hell Christmas is intriguing, full of romantic sizzles, mystery, and adventure. It's also about friendship and trust, and about women forging their own destinies within the constraints of the times. I'm looking forward to reading more about the Sous Rose, and those that gather there.

Two delightful stories with memorable characters. Well worth the read! 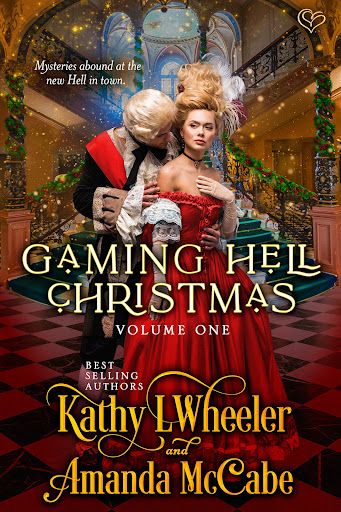 A Gift for the Duke's Illegitimate Daughter - Kathy L Wheeler

Miss Alexandra Blessing, the Duke of Winsome’s illegitimate daughter longs for anonymity and a home of her own where her younger half-siblings don’t commandeer every moment of her day. Escape is imminent—right after her family’s annual Christmas fete.

But Alexandra is missing from the ball, and Theodore Millburn must find her before he loses something important: his chance for love.

Annabelle, Lady Ranstruther, after a year of lonely widowhood is ready for new love—and she knows exactly who she wants—her wild friend, the gorgeous William, Lord Deansley. She fears he doesn't want her, until they meet again at the exclusive, discreet gaming hell la Sous Rose, at Christmas.

Will it mean a future of love—or the end of all her dreams?

Amanda wrote her first romance at the age of sixteen--a vast historical epic starring all her friends as the characters, written secretly during algebra class (and her parents wondered why math was not her strongest subject...)

She's never since used algebra, but her books have been nominated for many awards, including the RITA Award, the Romantic Times BOOKReviews Reviewers' Choice Award, the Booksellers Best, the National Readers Choice Award, and the Holt Medallion.  She lives in Santa Fe with a Poodle, a cat, a wonderful husband, and a very and far too many books and royal memorabilia collections.

When not writing or reading, she loves taking dance classes, collecting cheesy travel souvenirs, and watching the Food Network--even though she doesn't cook.

Kathy L Wheeler loves the NFL, the NBA, musical theater (don’t ask how her how many times she’s seen Phantom of the Opera (12); or Wicked (7), travel, (Europe, Grand Cayman, Mexico, All over the US), reading (practically a book a night), writing (25 published books and counting) and karaoke (well… what can I say). She assists other authors in critiquing, formatting, and creating covers for their publishing dreams.

She writes contemporary and historical stories where the heroines save themselves and the heroes who honor their courage with suspense and humor. 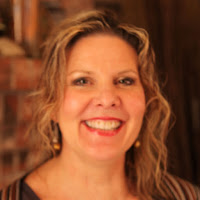 She migrated from Texas, to Oklahoma to the Pacific Northwest with her musically talented, lawyer husband, and her adorable dog Angel (who lives up to her name…mostly).