Today, I'm delighted to share my review for Falling in Louvre, a sweet and quirky romantic adventure by Fiona Leitch.

Follow us to Paris – to the Louvre, to be exact, where a thunderstorm creates a chance for a new beginning. But soon that chance causes trouble...

Falling in Louvre is a beautiful little story. Young Sylvie is trapped in a loveless marriage following a tragic accident. Her husband is a bully, and as the story goes on, we see his suspicious reasons why. She is not allowed to leave the house except for necessary chores, and he always knows where she is. When she asks to go working, he arranges a job for her that he is sure she'll hate – as a cleaner at the Louvre. But Sylvie, a former antiques shop owner, loves art, and she enjoys her few hours of freedom.

And then there's Philippe. A quiet, withdrawn young man working as a security guard at the Louvre. Living with his mother following a divorce, he is sick and tired of his mediocre job, but has nowhere else to go. Paris is an expensive city!

As the story progresses, it's unavoidable that they fall in love, slowly and gently. But without means, where could they go? What could they do?

Then, during a vicious storm and the flood of a century that spills into the lower cellars of the Louvre, where precious artworks are kept in safety, they seize a chance to make money. But they soon realise that the item they stole is far too hot to handle. So their troubles only begin...

Falling in Louvre kept me engaged throughout. The setting is beautiful Paris, and the romance is realistic and sweet. The characters are well-drawn. Both are flawed, and both don't expect miracles to happen in their lives. Until they do happen!

Sylvie's dependence on anti-depressants is portrayed realistically, and not over the top. Her husband's attempts to keep her on them is mean, serving his own purpose. With Philippe's support, she manages to slowly wean herself off them – and her former character returns. At times, I found her reaction to her husband a little unrealistic, especially given her independent former self, but her dependence on her tablets explains much. There is also a sense of guilt as he looked after her following her accident. She's a complex character.

I loved the way the story unfolded, and, just as they euphorically think their woes are gone, obstacles are thrown into their path. There are a good few laugh-out-loud moments, and many more sweet moments that make this story memorable.

The French used is to a large extent accurate, but not always, so it would've benefitted from a native speaker to go through all the instances where she uses French. But the author displays great knowledge of Paris and its way of life, which more than makes up for a handful of minor points.

Falling in Louvre is well worth checking out. If you love a sweet romance, with a dash of adventure, in a beautiful setting, it's definitely for you!

'A heartfelt, funny and romantic caper - a mashup masterpiece!' - Sandy Barker, author of 'That Night in Paris'.

Bertrand is King of the Pigeons… 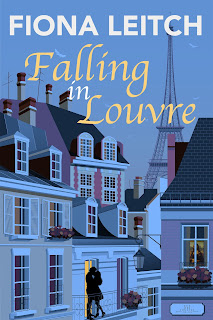 Unofficially. From his perch atop a gargoyle on Notre Dame cathedral, he surveys his kingdom. He sees Sylvie Cloutier, art lover and ex-antiques dealer, making dinner for her bullying husband Henri, trapped in their loveless marriage like a bird in a gilded cage. He sees security guard, hopeless romantic and bookworm Philippe Moreau cycling through the streets of Paris in his crumpled uniform, late (again) for his night shift at the museum.

When Sylvie begs her husband to let her go to work, he gets her a job as an evening cleaner at the Louvre. He thinks such a menial position will dispel any ideas about independence she might have, but his plan backfires when she falls in love with kind, gentle Philippe. They decide to run away together, but there’s a major problem: neither of them has any money.

One stormy night in the Louvre, the answer to their prayers falls into their lap… But is it really the solution, or just another, even bigger problem?

What follows is a romantic, wistful but madcap adventure through (and under) the city of lights, involving a stolen painting, an art heist in reverse, and Eric Cantona. Will love find a way?

Fiona Leitch is a writer with a chequered past. She's written for football and motoring magazines, DJ'ed at illegal raves and is a stalwart of the low budget TV commercial, even appearing as the Australasian face of a cleaning product called 'Sod Off'. 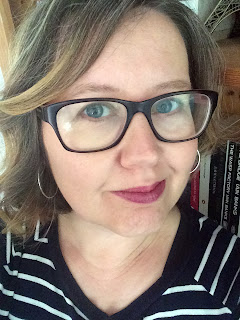 After living in London and Cornwall she's finally settled in sunny New Zealand, where she enjoys scaring her cats by trying out dialogue on them. She spends her days dreaming of retiring to a crumbling Venetian palazzo, walking on the windswept beaches of West Auckland, and writing funny, flawed but awesome female characters.

Her debut novel, ‘Dead in Venice’, was published by Audible as one of their Crime Grant scheme finalists, and her bestselling cosy mystery series, The Nosey Parker Mysteries, is published by One More Chapter/HarperCollins. 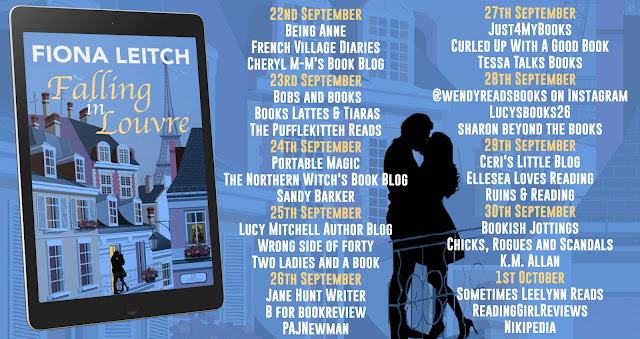