Spotlight: The Other Cipher by Heidi Eljarbo

Today, I'm delighted to take part in another book spotlight for The Coffee Pot Book Club: The Other Cipher by Heidi Eljarbo. A dual-timeline story, it's the second instalment in the Soli Hansen Mysteries series.

This sounds like a fascinating novel, one I'm going to look into when I've more time to read. Find an enticing excerpt below! 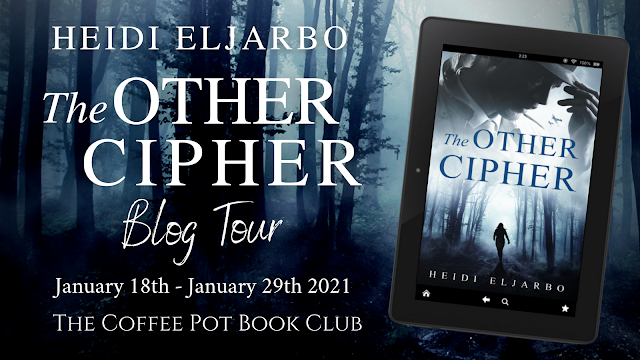 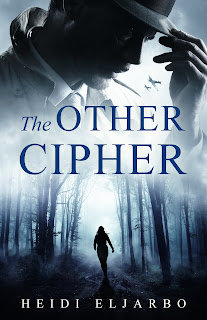 In the captivating second book of the Soli Hansen Mysteries, two women—separated by more than three hundred years—are connected through their love of art.
1613. Fabiola Ruber is been wed to a man she does not know and must live in a country with a new language and different customs. The memories of a lost love in her hometown Malta haunt her, and she sets out to find an artist who can do her portrait and recapture the feelings she had when she once modeled for a renowned Italian master painter.
1944. Four years into World War II, art historian Soli Hansen works with the Norwegian resistance to locate significant artwork and safeguard the pieces from the Nazis. When she finds out the Germans are after a hidden baroque depiction of a seventeenth century woman, she must muster all her courage and skills to decipher encrypted codes and preserve the mysterious art before it’s too late.
Both women are determined to do what they can to bring healing and redemption to their otherwise ominous future. Through tangled, bewildering clues and an eye for detail, Soli’s bond to Fabiola grows closer by the day. She must find the missing painting before the enemy does.
Ranging from a privileged life in seventeenth century Antwerp to Oslo during the German occupation of the second world war, this dual timeline is a historical mystery thriller that will keep you guessing until the very end.
Buy Links:
Amazon UK: https://www.amazon.co.uk/Other-Cipher-Soli-Hansen-Mysteries-ebook/dp/B08LBD5JTJ
Amazon US: https://www.amazon.com/dp/B08LBD5JTJ
~~~
Excerpt:
“Elderberry cordial?” A young woman presented a tray filled with goblets of red juice.
“Yes, please.” Soli helped herself to a glass and slowly sipped the drink.
Oh, the benefits of being invited to special evenings like this. She greedily inhaled a larger gulp but swallowed down the wrong pipe when she saw a tall, distinguished-looking man on his way to the exit. Stifling an upcoming cough, she tried to clear her throat and turned her back on the front door for a moment, not to gain any attention. It must have been him. Lieutenant Colonel Heinz Walter, notorious art collector, ruthless Nazi, absolute enemy of everything Soli held dear. She’d spoken with him before, even spent an evening with him. He had the kind of presence that made women unconsciously bat their eyelashes at him and men stand agape in awe and admiration. Plenty of ribbon bars covered his immaculate uniform, and he wore aiguillettes, those braided, decorative golden cords, dangling from his shoulder and impossible to miss.
She slowly turned and tilted her head. He still carried that dagger on his hip. Yes, the lieutenant colonel was an impressive man in many respects. But Soli knew better. Heinz Walter had a dark side. He was only loyal to himself and possessed neither mercy nor conscience. He would commit murder—or order someone else to do it—if it meant getting what he wanted. She closed her eyes. The way he’d treated Sverre… She did not even want to go there. Heinz placed his visor cap on his head, clicked his heels to a man standing next to him, and strutted out the door.
It took a minute before her breathing returned to normal. With a shaking hand, she took another sip of the elderberry cordial. What was he doing in Norway? She’d heard he left for Germany, but that was about a month ago. What if he’d seen her standing there? Would he come back?
Someone touched her shoulder, and she jerked around, almost spilling the rest of her drink.
“Nikolai. You’ve no idea how glad I am to see a friendly face right now.” She kept her voice low. “Was that—?”
He nodded. “Yes. Supposedly, he’s been in Oslo a couple of days. I wonder what he’s up to.”
Soli leaned in.
“We should find out why he’s here. Last time he came, he was looking for information about hidden art just like us. Nikolai, the man is evil.”
“I know. He’s not someone we want to cross paths with.”
~~~
About the Author: 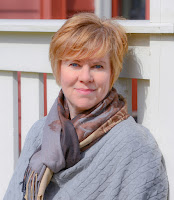 Heidi Eljarbo is the bestselling author of historical fiction and mysteries filled with courageous and good characters that are easy to love and others you don't want to go near.
Heidi grew up in a home filled with books and artwork and she never truly imagined she would do anything other than write and paint. She studied art, languages, and history, all of which have come in handy when working as an author, magazine journalist, and painter.
After living in Canada, six US states, Japan, Switzerland, and Austria, Heidi now calls Norway home. She and her husband have a total of nine children, thirteen grandchildren--so far--in addition to a bouncy Wheaten Terrier.
Their favorite retreat is a mountain cabin, where they hike in the summertime and ski the vast, white terrain during winter.
Heidi's favorites are family, God's beautiful nature, and the word whimsical.
Sign up for her newsletter at https://www.heidieljarbo.com/newsletter
Follow Heidi:
Website: https://www.heidieljarbo.com/
Facebook: https://www.facebook.com/authorheidieljarbo/
Twitter: https://twitter.com/HeidiEljarbo
Instagram: https://www.instagram.com/heidieljarbo/
Pinterest: https://no.pinterest.com/heidieljarbo/ 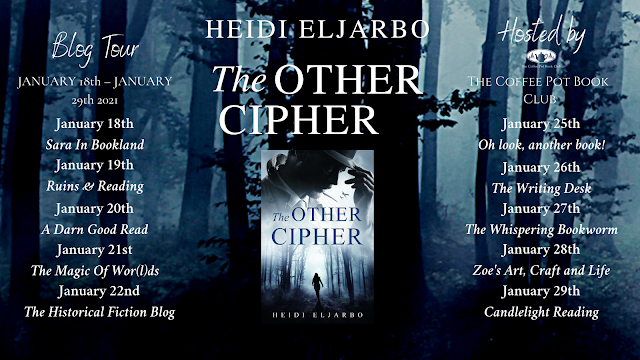