Discover The Shadows of Versailles by Cathie Dunn!

Finally, The Shadows of Versailles was released last week. An exciting time, but I’m not finished yet with the Affair of the Poisons. This is only the beginning...

The Shadows of Versailles was #1 in various UK, US and Germany genre charts, and it still holds a #1 New Release spot, three days later. Thank you, lovely readers! I hope you enjoy it.

I’m so happy to bring the infamous Affair of the Poisons to readers’ attention. It’s such a fascinating event that stretched well over a decade, although the actual trials can be condensed into a few years.

It was in the late 1660s, that the Marquise de Brinvilliers had begun to poison her father and brothers, with the help of a valet, yet it only came to light after her associate and lover, Sainte-Croix, died in 1672 – ironically of natural causes. He’d locked letters from her into a casket, together with vials of poisonous substances. And her desperate attempts to get hold of the box raised suspicions. When an arrest warrant was issued, she fled to the Netherlands, then in Spanish hands, but was eventually caught in Belgium in spring 1676 and executed in July of that year, after having been put to the water torture to make her confess. 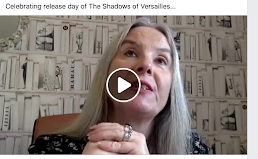 (Do you think I'm channelling the marquise? The still photo of me is from a live FB post. Spooky, or?)

This event triggered interest from the new police force that the Lieutenant General, Gabriel Nicolas de La Reynie, had set up. But getting proof took years, and may big players were only caught in the late 1670s, including La Voisin, the most famous poisoner of them all.

But the first to hint that high-profile persons of the court and the king’s circle were involved in dubious actions was Magdelaine de la Grange, arrested first in March 1677. Up to her execution nearly two years later, she kept in contact with the Marquis de Louvois, the king’s Secretary of State for War.

In The Shadows of Versailles, I mentioned several people who were involved at the time the novel is set (and before), but who would not be arrested until later: Abbé Guibourg, La Voisin, Magdelaine de La Grange. And readers will meet them again.

But as I work my way through my Affair of the Poisons series, other participants will also be revealed, both those working from their workshops and salons in Paris, and those at court.

In The Alchemist's Daughter, #2 in the series, we return to the streets of Paris where midwives and fortune-tellers are busy dishing out potions and poisons like they were sweets. Set in an apothecary's shop – the fictional owner, Jean Moreau, is both an apothecary and an alchemist – we will witness many comings and goings of those involved. And Anne, Jean's daughter, is about to unravel part of their network...

So please stay with me for more details from the Affair of the Poisons! In the meantime, I hope you enjoy delving into The Shadows of Versailles. 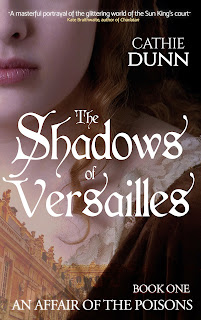 Seduced at Versailles. Broken by tragedy. Consumed by revenge.

Fleur de La Fontaine attends the court of King Louis XIV at Versailles for the first time. Dazzled by the opulence, she is soon besotted with handsome courtier, Philippe de Mortain. When she believes his words of love, she gives in to his seduction – with devastating consequences.

Nine months later, when the boy she has given birth to is whisked from her grasp, she flees the convent and finds shelter at the brothel of Madame Claudette.

Jacques de Montagnac, a spy working for the Lieutenant General, investigates a spate of abducted children from the poorer quartiers of Paris when his path crosses Fleur’s. He searches for her son, but the trail leads to a dead end – and a dreadful realisation.

Her son’s suspected fate too much to bear, Fleur decides to avenge him. With the help of her new acquaintance, the Duchess de Bouillon, Fleur visits the famous midwife, La Voisin, but it’s not the woman’s skills in childbirth that Fleur seeks.

Will Fleur see her plan through? Or can she save herself from a tragic fate?

Delve into The Shadows of Versailles and enter the sinister world of potions and black masses during the Affairs of the Poisons, a real event that stunned the court of the Sun King!

The Shadows of Versailles is available in Kindle format on Amazon, it’s free to read for subscribers to Kindle Unlimited. A paperback version will be released soon. 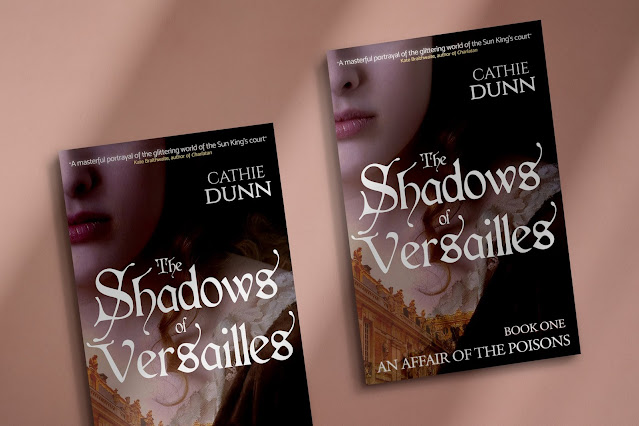