I'm thrilled to share my review of Wolf of Mercia, the second instalment in the exciting Eagle of Mercia Chronicles about a young Mercian orphan, by MJ Porter.

My thanks to Rachel's Random Resources and Boldwood Books for a copy.

The Eagle of Mercia Chronicles

Having enjoyed Son of Mercia, I was thrilled when I was invited to take part in the blog tour for Wolf of Mercia. Like the first novel, this second instalment is a riveting adventure.

Fast-paced, gritty, but also with a subtle sense of wry humour, Wolf of Mercia sees young Icel, our hero, outside the fortified gates of London – which consisted in two parts back then: the ancient, walled city of the Romans and the newer town, divided by a bridge across the Fleet.

We dive straight into a lengthy battle, where the author goes into great detail about his adventures near the back of a shield wall. It's nice to see it not only described from the front. I found the scene a little too long, with some details that may have been skipped, but it was nonetheless absorbing as we go through Icel's fears and emotions.

But as the Mercians gain traction, he finds himself pushed towards the retreating Wessex men, and through the gates of Londinium, the old town. In his scramble, he'd been given another seax after his own got stuck in the mud, and his Mercian shield was replaced with one showing the Wessex wyvern. As he stumbles through the closing gate, he is, for all to see, a Mercian warrior. But Wulfheard has given him a mission: to spy on the enemy and seek a chance to attack.

But how to go about it? Adjusting his accent and pretending to be a man of Kent, Icel follows his real calling – healing – and in the process makes a dangerous enemy. And what is he doing saving the Wessex warriors to fight another battle?

As the days go by, he begins to make friends, and soon finds himself in a true dilemma. He is still a Mercian, sworn to support King Wiglaf, but some of the Wessex men are not his enemies. 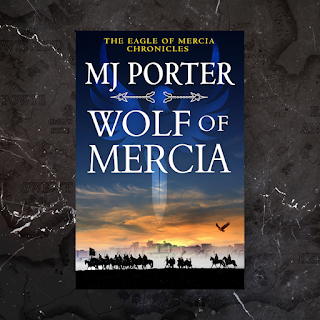 The author portrays Icel's inner thoughts very well. Torn between the terror of finding himself pushed into the enemy camp and his friendly, caring nature, we see him go through a plethora of emotions. His task is dangerous, and he could lose his life any moment, but he cannot deny his true self.

The pace remains fast throughout this gripping story, and you find yourself swept away alongside Icel in another incredible adventure.

MJ Porter portrays the setting very well, and we get a real sense of being trapped inside Londinium's ancient walls. My only issue would be Icel's accent, as, early on in the novel, it is mentioned that a Wessex spy was discovered in the Mercian army due to his accent, who'd been promptly dispatched. I'd have thought Icel speaking out loud would have given him away. He tries to adjust to Wessex dialect, but would it be that easy? I don't know.

Wolf of Mercia is a clever adventure: fine historical fiction with details that draw you right into the 9th century. Highly recommended reading! 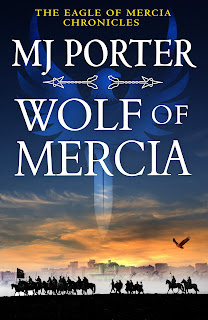 As a lone wolf inside a Wessex stronghold, Icel must ensure his own and Mercia’s triumph.

Icel is becoming a warrior of Mercia, but King Ecgberht of Wessex still holds the Mercian settlement of Londonia and its valuable mint.

King Wiglaf of Mercia is determined that the last bulwark be reclaimed from his sworn enemy to complete his rehabilitation as Mercia’s rightful ruler.

In the heart of the shield wall, Icel suddenly finds himself on the wrong side of the battle and thrust into the retreating enemy stronghold where he must take on the pretence of a Wessex warrior to survive and exact a cunning plan to bring down the Wessex force cowering behind the ancient walls.

His allegiances are tested and the temptation to make new allies is overwhelming but Icel must succeed if he’s ever to see Tamworth again and bring about King Wiglaf’s victory, or will he be forced to join the enemy?

MJ Porter is the author of many historical novels set predominantly in Seventh to Eleventh-Century England, and in Viking Age Denmark. They were raised in the shadow of a building that they believed housed the bones of long-dead Kings of Mercia – so their writing destiny was set.

The first novel in their new Anglo-Saxon series for Boldwood, Son of Mercia, was published in February 2022. 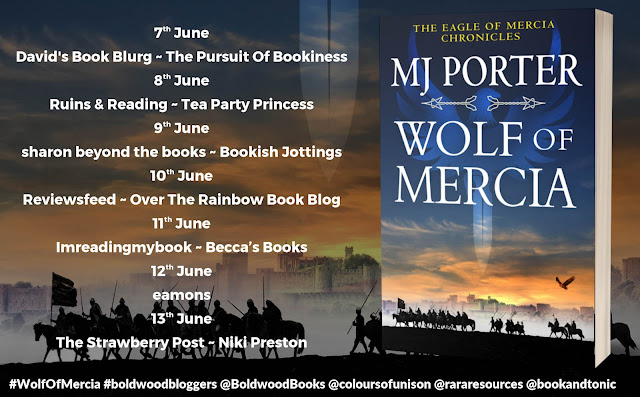